You are here:
Riders 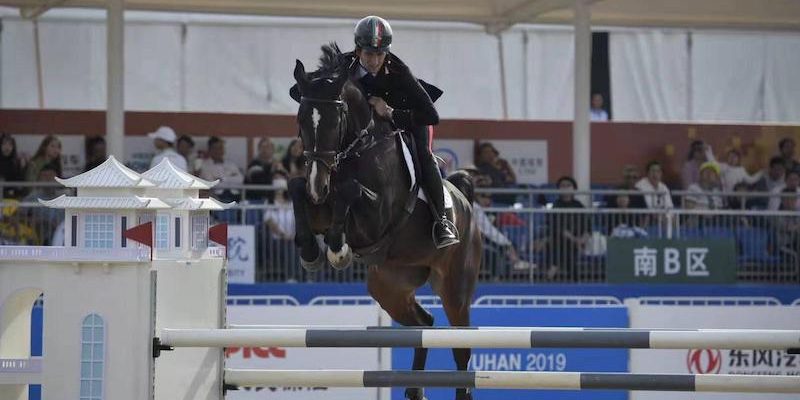 Emanuele Massimiliano Bianchi has just been crowned 2019 Military Show Jumping World Champion. Our young rider won the title at the seventh edition of the Military World Games, taking place in Wuhan, China. The World Military Championships organized every 4 years by CISM (Conseil international du sport militaire), include competitions in different sports. Bianchi scored 150 points and preceded on the podium the Brazilian Claudio Goggia, silver and the Chinese Mao Lixin, bronze medal. Fifty-six binomials in the competition. Italy was also respected in the team competition, a competition in which it won a beautiful silver medal for team.

This weekend another rider brought up the Italian flag: Filippo Bologni distinguished himself in the CSI4* of St Tropez – Grimaud winning the second step of the podium of the small Grand Prix.

Third position for Francesco Turturiello instead in the CSI3* of Oliva in 135 riding Quite Balou.

Vittoria Panizzon in the top 10 of the CCI2*-S of Ballindenisk. The Italian Amazon gained the sixth position with Secret Legacy.

Jessica Notaro back in the saddle with Pariani
6 July 2020